Ms. Parsons-Lamb’s Bachelor of Arts degree in Spanish and international relations was earned at the University of Minnesota.  She participated in the VENUSA Spanish language program in Merida, Venezuela and the Praktilingua Spanish language program in Cuernavaca, Mexico.  She earned her Spanish teaching credential at Cal State, East Bay.  She is proficient in the highly-effective Blaine Ray method of teaching foreign language used with children, the “Teaching Proficiency through Reading and Storytelling” (TPRS) which is used in many independent school world language programs.  Most recently, she has taught Spanish in the Mount Diablo Unified School District in Pleasant Hill, CA.  Anna’s interest in helping others is evident in her work in Seattle, Washington where she worked with Housing and Refugee Assistance Programs where her command of Spanish was valuable.  While at Univ. of Minnesota, she participated in the International Student Scholars Services and then worked at the Minnesota International Center/World Affairs Council in Minneapolis. Here in Pasadena, she has been the Caltech Women’s Club Playgroup Coordinator and is a board member of the California Council of Parent Cooperative Nursery Schools (CCPNS).  Her interest in an active lifestyle manifested itself when she volunteered as a basketball coach for middle school students. 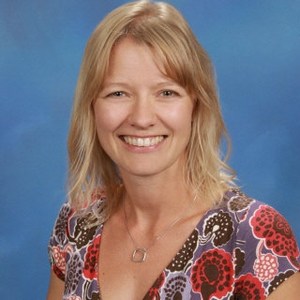